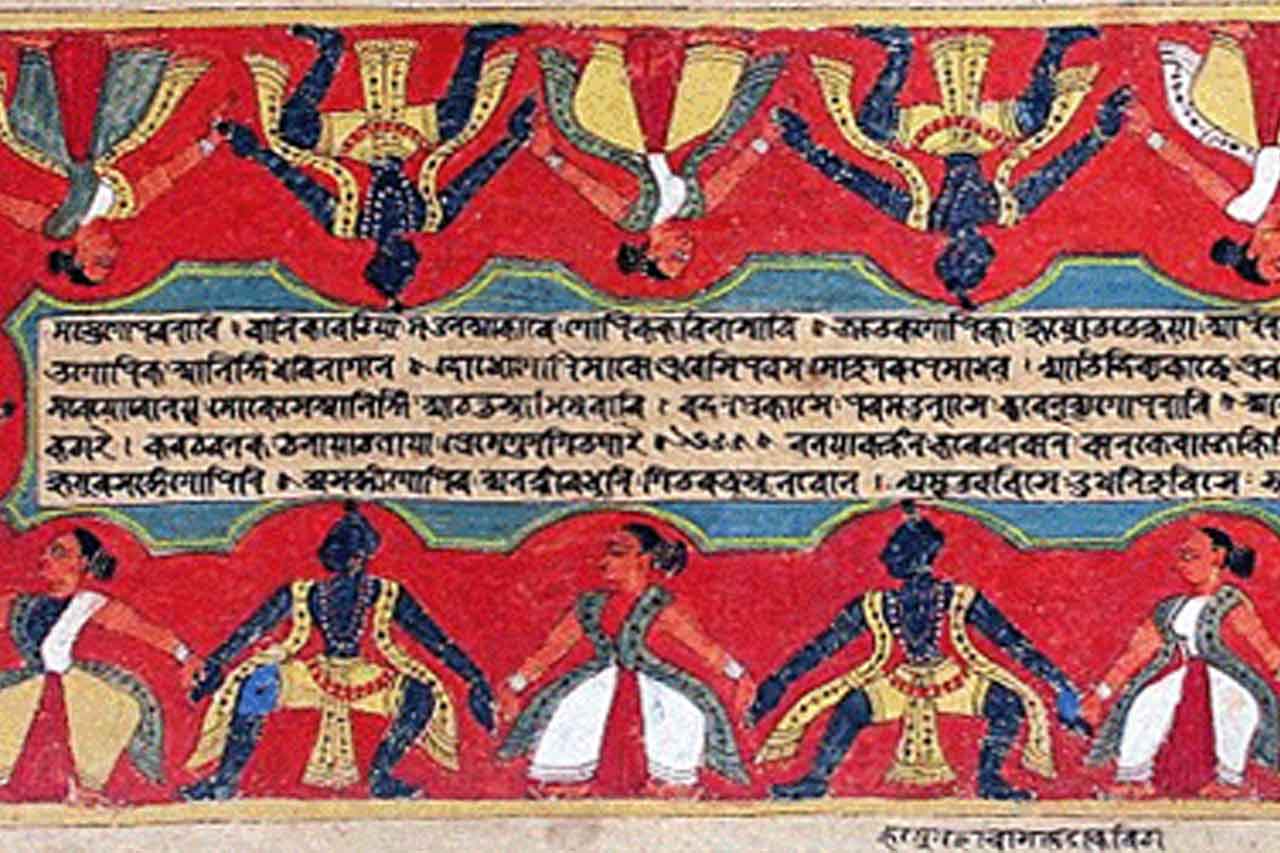 Srimanta Sankaradeva was one of the foremost religious philosophers in the world. His religion Eka Sharana Nâma Dharma had laid the foundation for a new religious philosophy though he had not made any conscious effort to that end. The religious philosophy preached by Srimanta Sankaradeva had its genesis in the Veda. Many people misconstrued it in his life-time itself and even took him to task. There were royal persecutions too on this very issue. An Ahom king Chuhungmung and a Koch king Naranârâyana tried the saint for alleged attempt to destroy religion in the society. But the saint came out unscathed in all those crises, since he could convince all concerned that his ideology of Eka Sharana Nâma Dharma was actually rooted in the Veda.

There are many explicit references to the Vedas in Srimanta Sankaradeva’s own writings. One such instance is the chapter Veda-stuti in his magnum opus Kîrtana-ghoshâ. It is categorically said here that Nârâyana or Hari is the ultimate truth elaborated by the Veda.

Srimanta Sankaradeva also said that only those devotees, who uttered the name of Hari understood the Veda properly.

Srimanta Sankaradeva also said that the Vedas were nothing but sayings of Krishna. This put the Vedas in the same level as Bhâgavata in Eka Sharana Nâma Dharma.

In order to explore the similarity of Srimanta Sankaradeva’s ideology with the Vedic thoughts, we will have to analyse the Purusha-sukta of Rigveda. The Purusha-sukta of Rigveda is an important exposition on Brahma. It says that the ultimate Purusha pervades every entity, both sentient and insentient beings. He is the past and present of every thing and the controller of all beings. This universe is his attribute. He can be known by surmounting ignorance. So he is the Paramâtmâ. All deities emanate from him.1 Actually all these deities are nothing but metaphorical representation of the nature. This is explained beautifully by the Bâgambrini-sukta of Rigveda.2 So the Vedic idea about the deities is the same as that of Srimanta Sankaradeva, who considered the deities as subservient to the supreme God. That the Eka Sharana Nâma Dharma is also known as Mahâpurushîyâ Dharma is significant in this context. This nomenclature itself means that Srimanta Sankaradeva preached devotion and allegiance to one supreme absolute entity in the foot-step of Purusha-sukta of Rigveda.

Vishnu is the same as Brahma in Veda. Sruti defined Brahma as Vishnu, according to Madhvâcârya.4 Srimanta Sankaradeva also maintained a similar view. He said that God and Brahma was the same.

According to Veda, the living beings are nothing but Brahma. It is said, Jîva Brahmaiba nâpara. Srimanta Sankaradeva also maintained a similar view. He said that the living beings were nothing but play of God.5 This is in tune with the Vedic concept about creation. The holy scripture Srimadbhagavadgîtâ, which was essence of Veda, said that the creation happened due to Mâyâ. Mâyâ in turn was an attribute of Vishnu, according to Bhâgavata, another scripture based on Veda.6 Thus Srimanta Sankaradeva’s ideology was in tune with that of Srimadbhagavadgîtâ and Bhâgavata. So we have seen that the impact of Veda on Srimanta Sankaradeva was conveyed mostly through Srimadbhagavadgîtâ and Bhâgavata. Very few people know that the concept of Bhakti enunciated in Bhâgavata arose from Veda. In fact the concept of Bhakti was embedded in the Vedic literature.7

Srimanta Sankaradeva did not approve of animal sacrifice or for that matter any type of worship performed with selfish desires. His ideology was that of Nigama path or the path of selfless works. He did not approve of the Âgama path or the path of selfish works, since that path led to damnation of the soul in hell, a metaphor for unhappiness caused by unfulfilled desires. It may be mentioned that the concept of Naraka or hell is an integral part of Indian mythology. Contrary to that, Srimanta Sankaradeva’s entire philosophy was targeted at lifting the soul through different phases to the supreme non-dual state. That is why we have termed it as Vivartanavâda.10 The mention of ten incarnations of God in Srimanta Sankaradeva’s Kirtana Ghoshâ also is quite significant in this respect.

This article was earlier published in the website www.sankaradeva.com